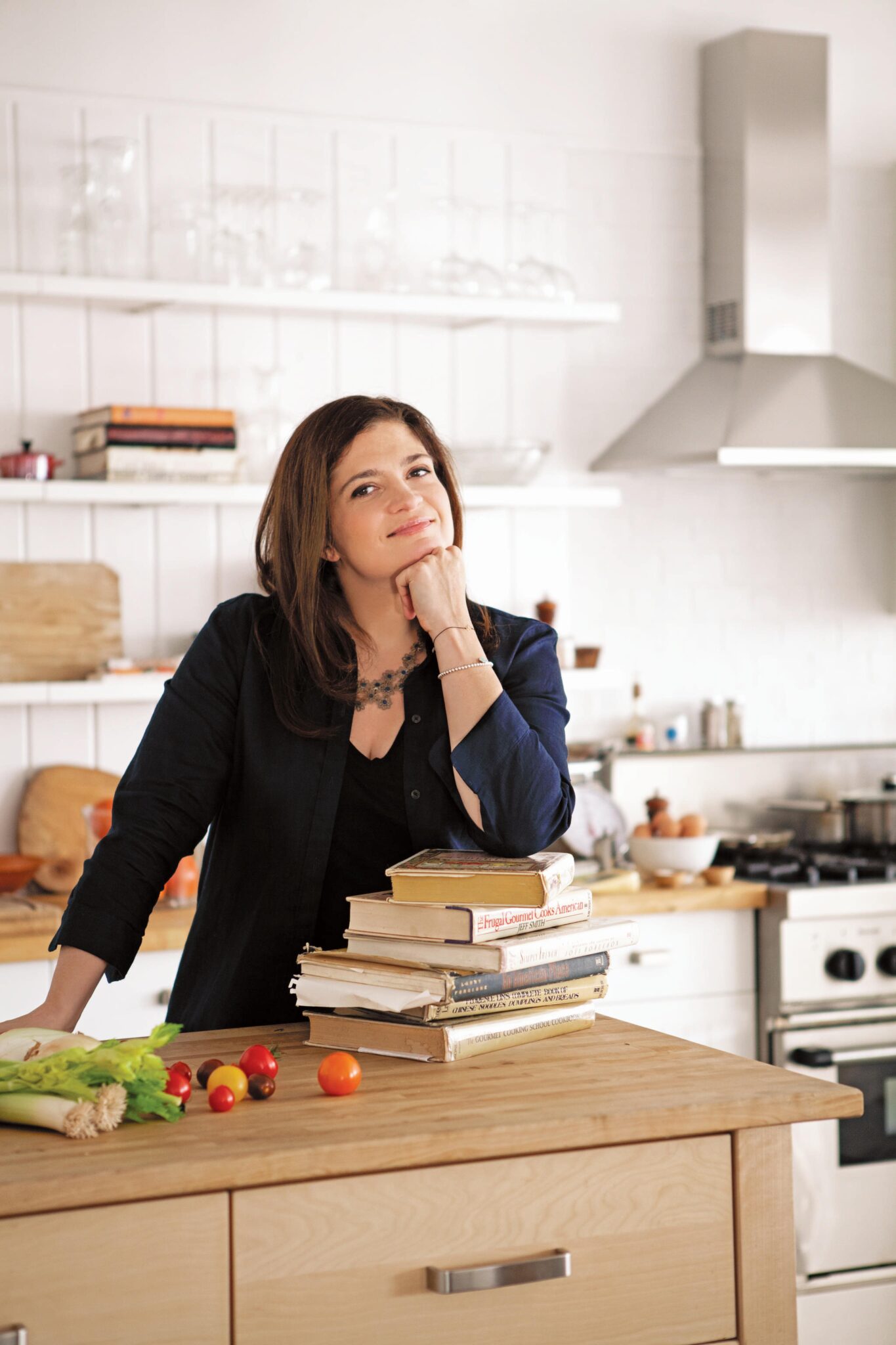 Alex Guarnaschelli is a world renowned chef, who began her international culinary journey at Michelin three-star restaurant Guy Savoy in Paris. From there, Guarnaschelli spent four years at a Butte Chaillot, where she was rapidly promoted to sous chef. After great success in France, she returned stateside joining Daniel Boulud at his restaurant, Daniel. In 2003, Guarnaschelli was given the opportunity to expand her repertoire and become the executive chef at Butter, where she has since created her own eclectic American and green-market inspired menu.

Guarnaschelli is a recurring judge on the popular Food Network series Chopped and in 2012, she bested nine rival chefs to win The Next Iron Chef: Redemption, earing the coveted title of Iron Chef. She has also been featured as a guest co-host on Beat Bobby Flay. Guarnaschelli is also the author of the cookbooks Old-School Comfort Food: The Way I Learned to Cook (2013) and The Home Cook: Recipes to Know by Heart (2017).

In a saucepan, heat 1/4 cup of the olive oil. Add the fennel, shallots, garlic, fennel seeds, oregano, crushed red pepper and a generous pinch each of salt and white pepper. Cook over moderate heat, stirring, until the fennel starts to soften, 5 minutes. Add the canned tomatoes with their juices and
4 cups of water and bring to a boil. Simmer over moderately low heat, stirring, until the fennel is very tender, 20 to 25 minutes.

Ladle half of the fennel mixture into a blender and puree until nearly smooth; return the puree to the saucepan. Transfer the chunky tomato sauce to the blender and puree until smooth. With the machine on, gradually add the remaining 1/2 cup of olive oil until incorporated. Stir the tomato sauce into the saucepan along with the vinegar. Cook over moderately low heat until heated through and season with salt and white pepper. Garnish with fennel fronds and serve, passing shaved cheese at the table. 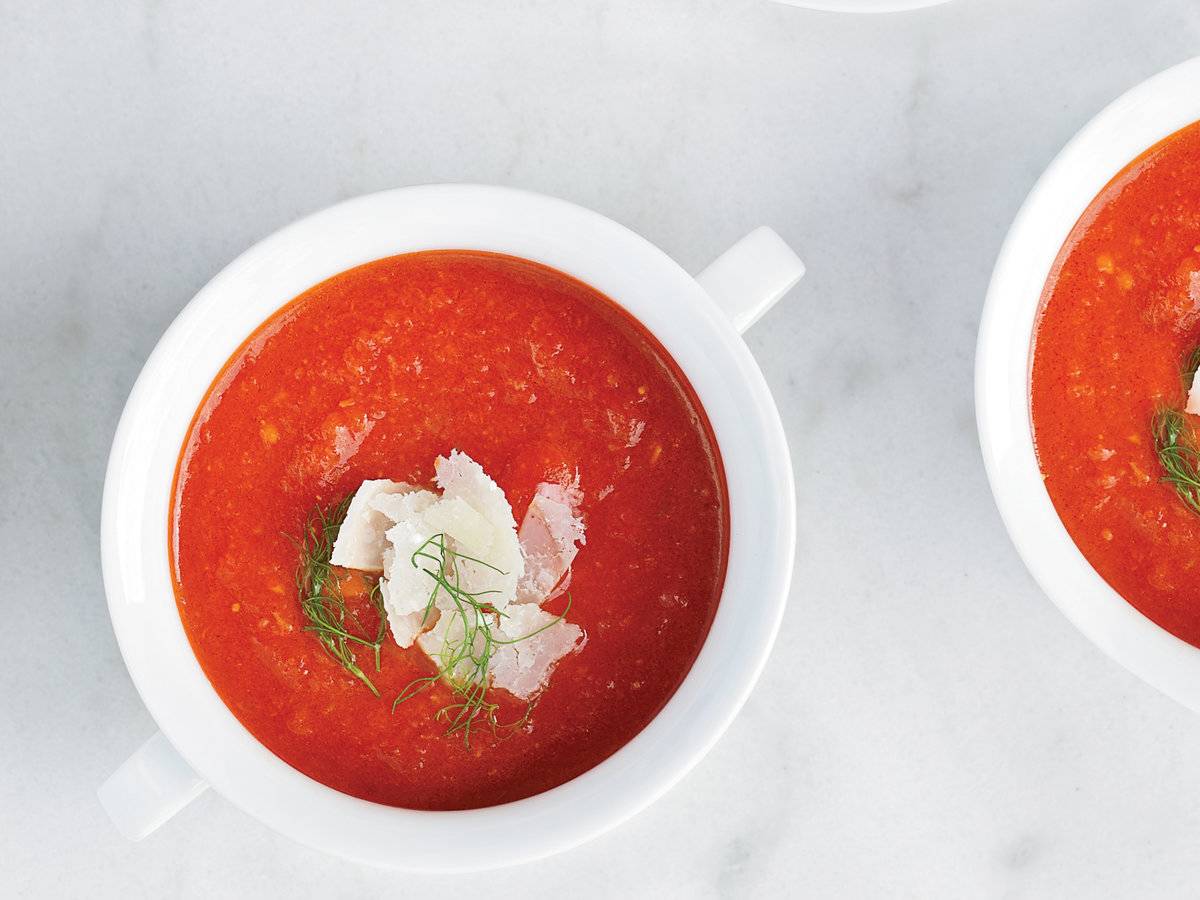 Chef Alex chose to support non-profit No Child Hungry with a monetary donation (resulting from sales) from Delicacies in 2018. 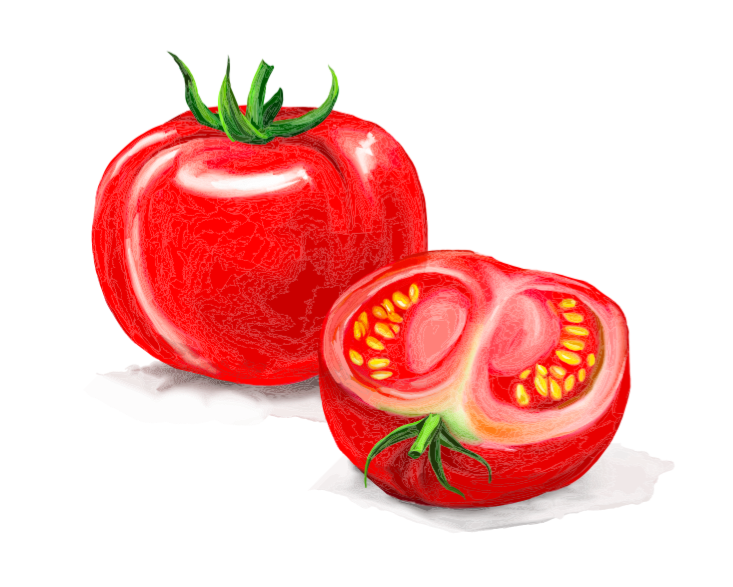 Tomatoes, a paradox. Deadly nightshade or symbol of love? Is it a fruit or a vegetable? (It’s a fruit). Yet, the debate rages on. (It doesn’t). Europeans were suspicious of the bright fruit introduced from the heathen west and considered it poisonous, creating associations with witchcraft and werewolfery. In reality, the tomato is pulsing with vitamins and nourishing life energy, both almost palpable when you pluck one ripe from a fragrant summer stalk. The tomato reminds us to embrace the inherent ambiguity and polarizing forces of life. Wear the tomato charm for balance and to express your dual nature.
Shop the Tomato collection
#WhatsYourIngredient
adroll_adv_id = "LCFVCOYV7VDWTHVXGIZOQH"; adroll_pix_id = "D523FN4PSVBR5OAPC3CAM4"; adroll_version = "2.0"; adroll_current_page = "other"; adroll_currency = "USD"; adroll_language = "en_US";