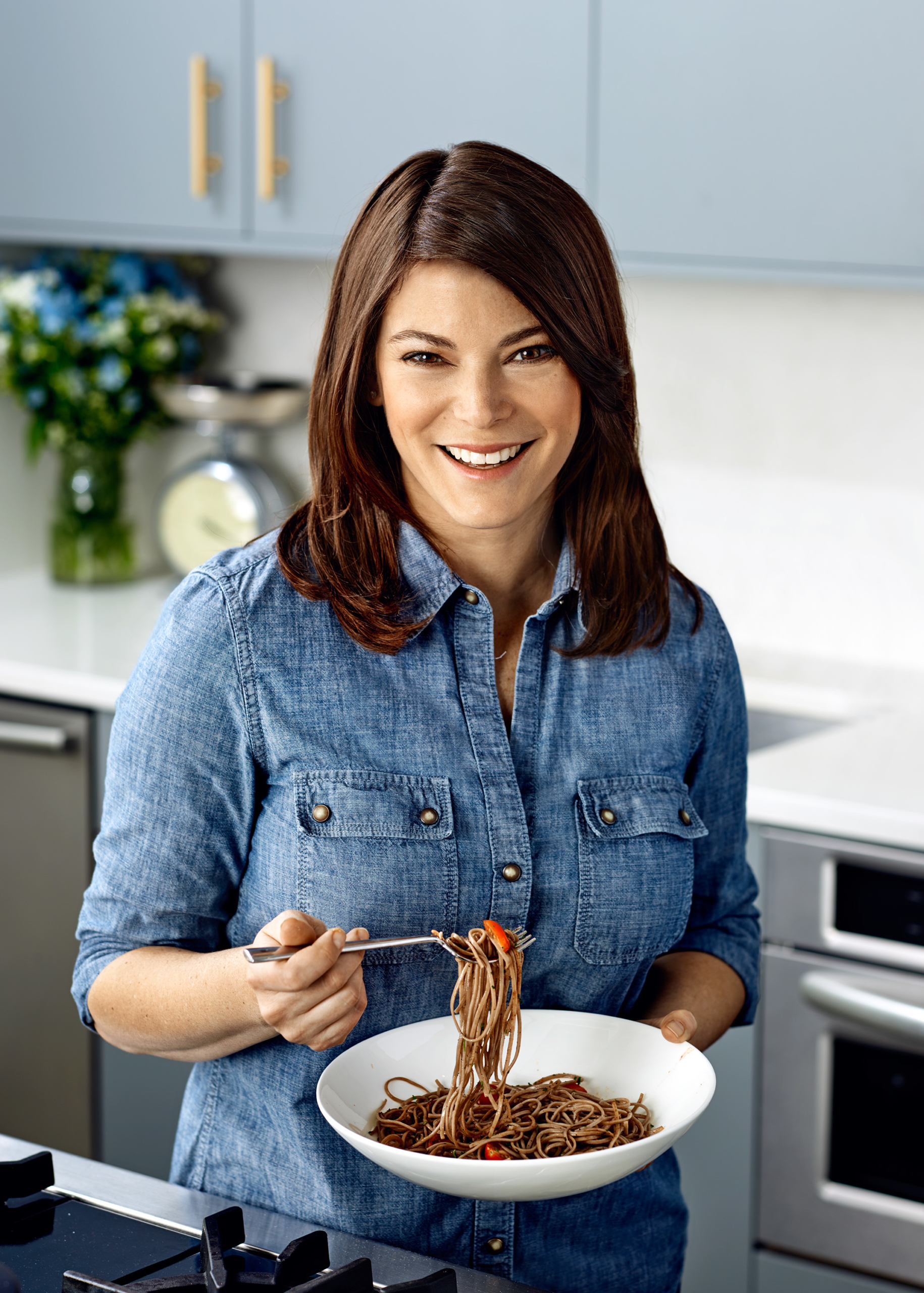 Gail Simmons is a trained culinary expert, food writer, and dynamic television personality. She has lent her expertise as a permanent judge on BRAVO’s Emmy-winning series Top Chef. Gail moved to NYC in ’99 and cooked in the legendary kitchens of Le Cirque 2000 and Vong. Her first cookbook, Bringing It Home: Favorite Recipes from a Life of Adventurous Eating will be released on October 24th. We are in awe of all that Gail contributes to the world of food and honored to have her on the Delicacies’ Chef’s Table!

Why I Love the Egg

The extraordinary egg is my ingredient of choice, not only as it’s my favorite food and for its magical properties in the kitchen, but most importantly for its relevance as a symbol of fertility, feminism, hope, renewal and rebirth.

14K Gold Egg Necklace (3D)
$400.00
Shop Now >
Sterling Silver Egg Necklace (3D)
$80.00
Shop Now >
Delicacies Egg Bracelet
$60.00
Shop Now >
From the cradle of civilization to the top of a croque madame, the egg is a potent symbol of renewal and the sacred feminine. In so many cultures, an egg signified the birth of our universe: the egg came first. It expresses the mathematical perfection of the oval and demonstrates a paradox through its fragile strength. Eggs are often considered nature’s most perfect food, enclosed in their very own brown, white or speckled packaging. Wear the egg as a reminder of limitless rebirth and a talisman of fertility and creativity. 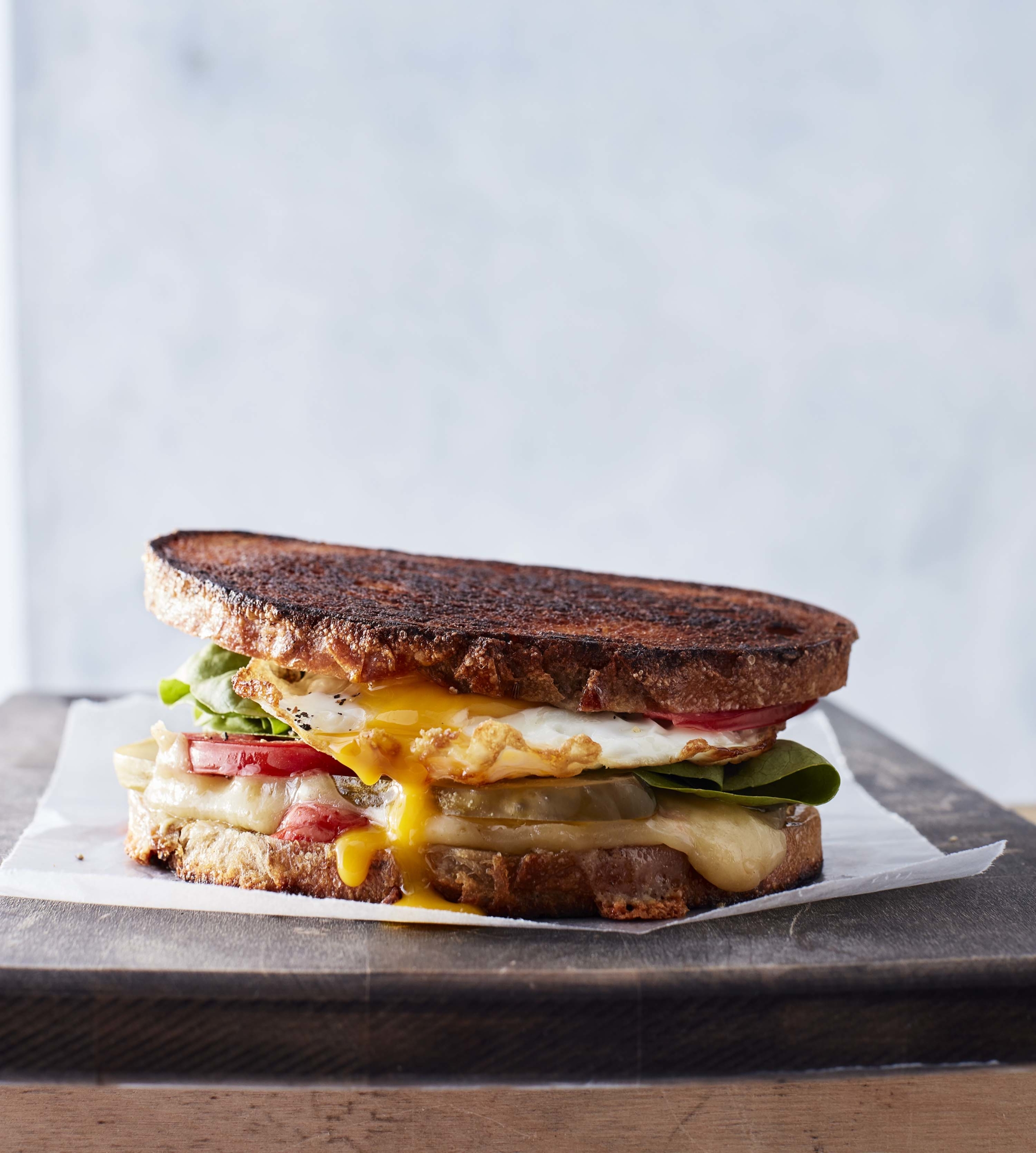 In a 10- to 12-inch nonstick skillet, heat 1 tablespoon of the butter over medium-high heat until melted and foam subsides. Crack the eggs into the skillet and cook sunnyside up for 1 minute. Reduce the heat to low and continue cooking until the whites are just set and the yolks are runny, about 3 minutes more. Season with a generous pinch each of salt and pepper, then transfer to a plate; set aside.

Arrange the bread slices on a cutting board; spread about 2 teaspoons mayonnaise on the top of each. Using the same skillet, melt 1 tablespoon of the remaining butter over medium-high heat, swirling the pan to evenly coat. Add 2 of the bread slices, mayonnaise-side down; reduce the heat to medium.

Spread the bread slices with about 11/2 teaspoons of mustard each, then top each with one-fourth of the peppadews and cheese, and a generous pinch of pepper. Cook until the cheese is melted, about 3 minutes, then top each with 2 pickle slices, 1 tomato slice, and several generous dashes of hot sauce.

Top each sandwich with a remaining bread slice, mayonnaise-side up. Using a metal spatula, flip the sandwiches. Continue cooking until the underside of the bread is golden, about 3 minutes more. Transfer sandwiches to a cutting board, flipping the sandwiches onto the board so that the tomatoes are closest to the top. Lift the top bread slices and slide one egg and one lettuce leaf into each sandwich on top of the tomato, then replace the bread. Repeat with the remaining ingredients to make two more sandwiches.

Transfer each sandwich to a plate and cut in half. Serve with extra hot sauce (and lots of napkins!) on the side.

Gail Simmons is a trained culinary expert, food writer, and dynamic television personality. She has lent her extensive expertise as a permanent judge on BRAVO’s Emmy-winning series Top Chef. Heading into its 15th successful season.

Born and raised in Toronto, Canada, Gail moved to New York City in 1999 to attend culinary school. She then trained in the kitchens of legendary Le Cirque 2000 and groundbreaking Vong restaurants, and worked as the assistant to Vogue magazine’s esteemed food critic, Jeffrey Steingarten.

In April 2016, she received the Award of Excellence by Spoons Across America, a non-profit organization dedicated to educating children about the benefits of healthy eating. She is an active board member and supporter of City Harvest, Hot Bread Kitchen, Common Threads, and the Institute of Culinary Education.

Her first cookbook, Bringing It Home: Favorite Recipes from a Life of Adventurous Eating, will be released by Grand Central Publishing on October 24, 2017. It features recipes inspired by Gail’s world travels—all made with accessible ingredients and with smart, simple techniques for successful family meals and easy entertaining.

Bon appétit and thank you; every Delicacies purchase helps feed the hungry.