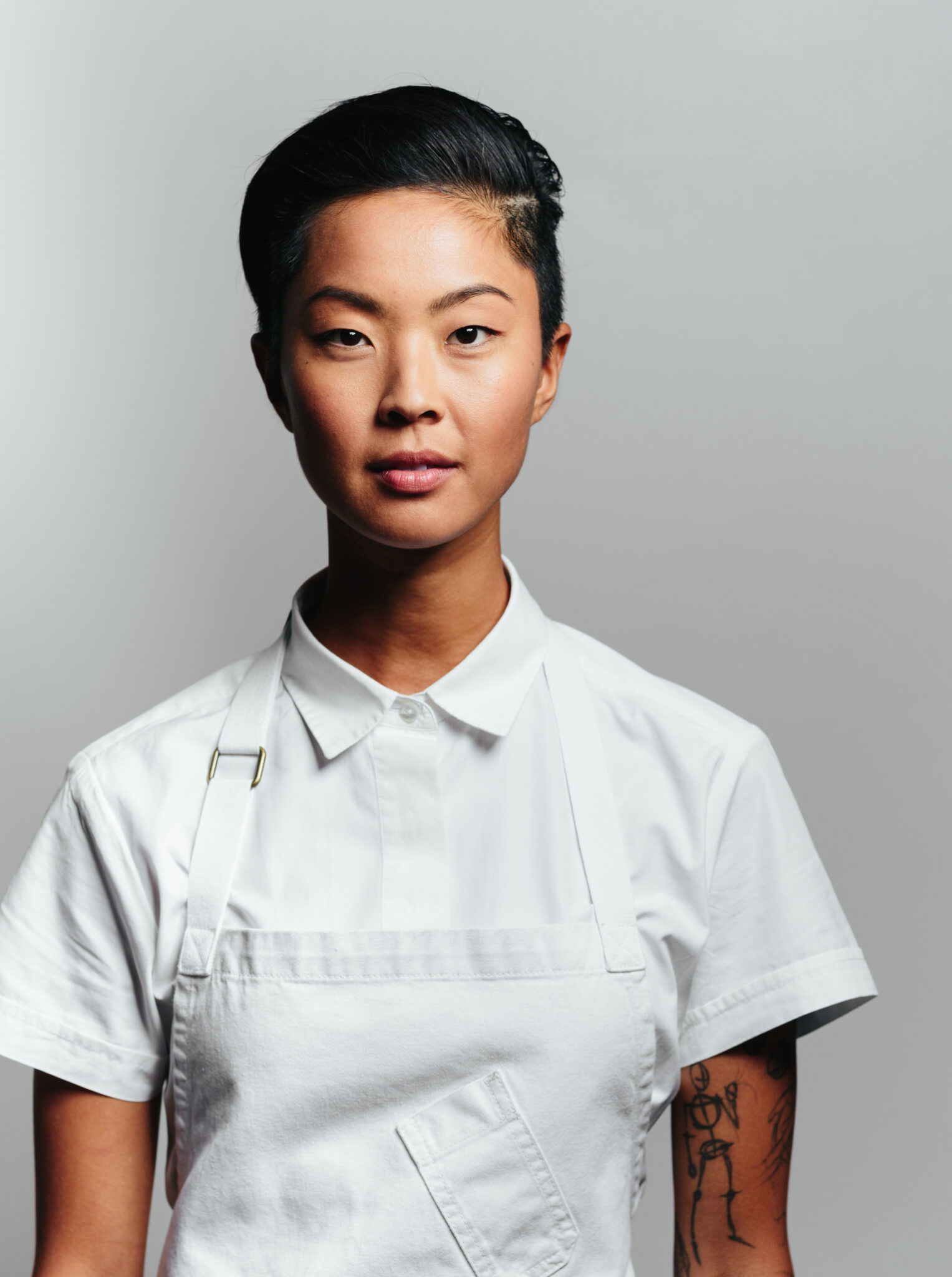 Kristen Kish was born in South Korea and adopted into a family in Kentwood, MI. She showed an affinity for cooking at a young age. Her mother suggested she go to culinary school and since attending Le Cordon Bleu in Chicago, Kish has never looked back.

Kish was co-host of “36 Hours,” a Travel Channel show that partnered with The New York Times to bring the hit newspaper column to television. In each episode, co-hosts Kish and Kyle Martino arrived in a new city where they had 36 hours to explore the most delicious foods and hot spots.

Why I love the Macaroni

Elbow macaroni is one of those shapes that you see and immediately think of your childhood, and these are the memories that stick with me the most. As a chef and with new dish creation, I pull an immense amount from my childhood memories. To me, the elbow is also a reminder to see the world through the eyes of a child, with innocence, curiosity, acceptance, growth, and resilience.
“

To make the béchamel, in a medium saucepan, melt the butter over medium heat, then add the flour, and whisk together until incorporated. Cook for a minute until you have a blond roux. Steadily stream in the milk (having it at room temperature or warm helps prevent the formation of clumps) while whisking constantly. Increase the heat to medium-high and bring to a simmer for 3-4 minutes or until the flour is cooked and you can no longer taste it. Reduce the heat to low and add the cheese. Whisk until the sauce is smooth. Season to taste.

In a small sauté pan, heat olive oil over medium heat until it begins to shimmer. Add the sage leaves and fry for 1–2 minutes or until crisp. Remove and drain the leaves on a paper towel. When the sage has cooled to room temperature, crumble it a bowl, add the walnuts, cheese and fried shallots. Gently toss. Season with salt and pepper.

TO SERVE
Bring a large pot of water to a boil, and salt the water aggressively. Add the pasta and cook for approximately 6-8 minutes or as directed on the box. Warm the béchamel and transfer to a large mixing bowl. Using a slotted spoon, transfer the pasta directly into the béchamel. Using a ladle of pasta water to thin out the sauce if required. You want to coat the pasta with a generous amount of sauce, more than just a coating. Divide the pasta and sauce into portions. Sprinkle equal amounts of the walnut sage garnish over each plate. 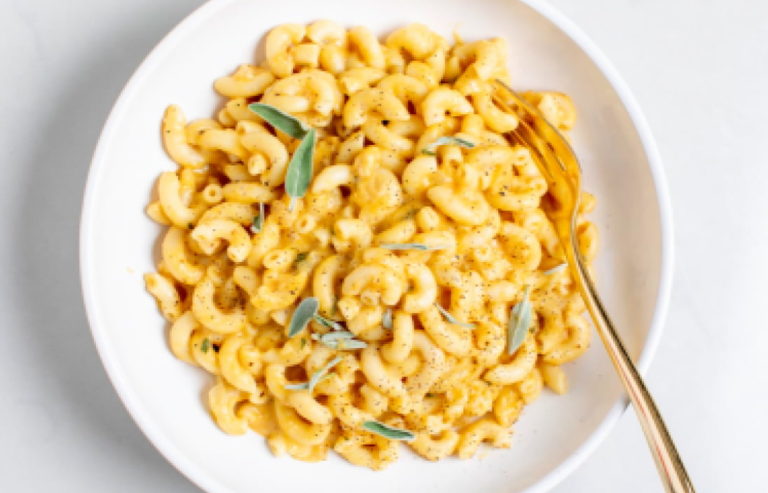 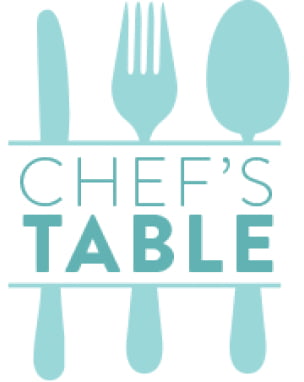 Chef Kristen chose to support non-profit Keep Austin Fed with a monetary donation (resulting from sales) from Delicacies in 2018. 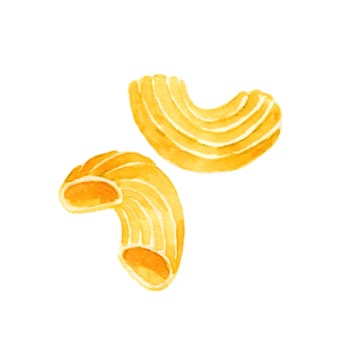 A child threads an elbow noodle onto a string: it is the most primitive of jewelry and sweetest of gifts. When we hold the elbow noodle in our fingers, like a rosary or worry bead, we remember the simplicity of a child’s love. In Italy, this shape is often used in soups, in the United States the iconic “macaroni and cheese.” Both are rustic, comfort dishes served to children of all ages. If you are looking to regain innocence, to remember that simplicity is joy, this is the noodle for you. The elbow promotes passion, comfort, and happiness.
Shop the Elbow Macaroni collection
#WhatsYourIngredient
adroll_adv_id = "LCFVCOYV7VDWTHVXGIZOQH"; adroll_pix_id = "D523FN4PSVBR5OAPC3CAM4"; adroll_version = "2.0"; adroll_current_page = "other"; adroll_currency = "USD"; adroll_language = "en_US";